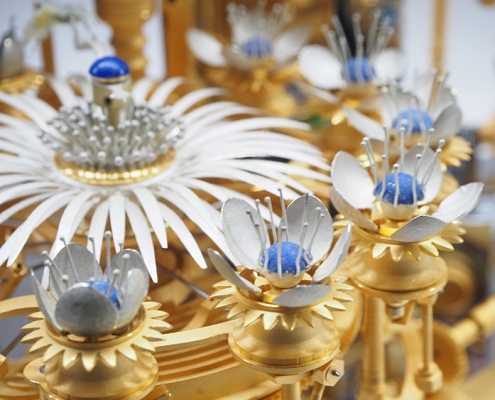 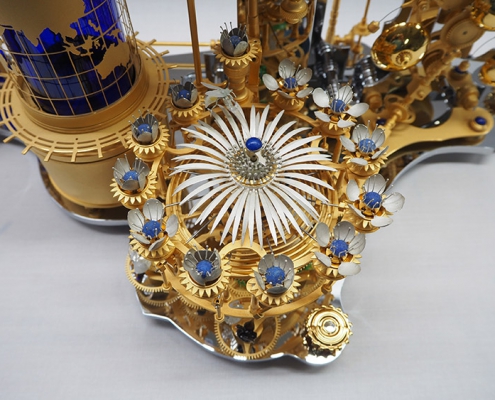 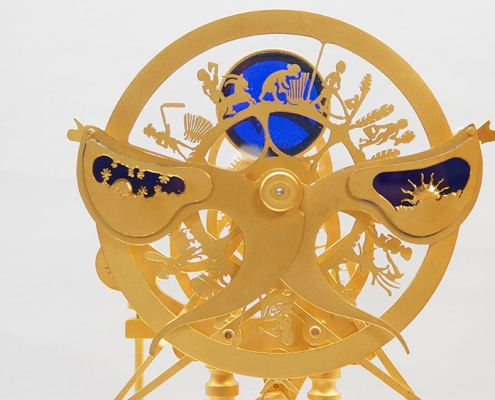 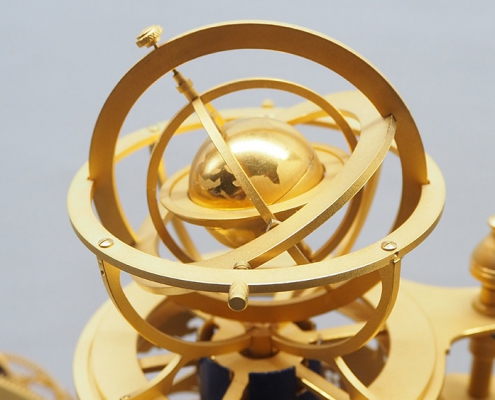 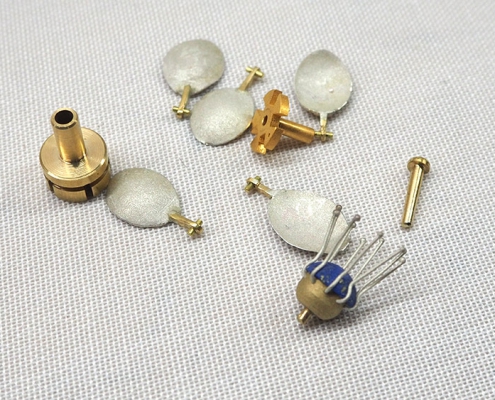 Without clock and calendar, man orients himself to nature, his sensation and his experience to determine time. The clock NATUHRZEIT is modeled on this subjective perception of time. It contains neither numbers nor letters. This dispenses with the exact classification of the conventional time display. Instead, it requires observing and interpreting the motion cycles of its displays and training the subjective sense of time.

All parts except the glass figures were handcrafted by Miki Eleta in a ten-month construction period.

Viewed from left to right, the cycle of sunrise and sunset is shown first. The right wing represents the sunrise (east), the left the sunset (west). The changing day length over the year can be read in two ways: the larger the area of the angle between the two wings, the longer the day. This again requires the shape of the eight in the lower part: the longer the day, the smaller the lower half of the eight. If the two halves of the eight are exactly symmetrical, equinoxes are equinox. If the upper half of the eight is smallest possible, is winter solstice, the same applies to the lower part of the summer solstice.

The current monthly image, which represents a typical agricultural work in our latitudes at this time, is visible behind a blue circle. (The entire display refers to the city of Zurich, but can be adapted to certain other locations by changing the cams). Behind the glass, a sun moves in a circle once every 24 hours. It switches the month picture after each circle by 1/365.

The second object is a time column. At the bottom is a world time display, it moves in 24h once around its axis and switches at midnight the overlying Zodiac display by 1/365. Above this, inside the circular cut-out landscape, which revolves, a cylindrical moon phase is visible. The mechanics of the moon phase must be corrected every 128 years.

At the top of the time column sits a detachable geocentric armillary sphere. This can be operated by hand to determine the current positions of the stars.

To the right of the time column is the movement with an Eleta escapement. It moves all functions and displays of the clock. Its power reserve is 8 days, the oscillation of the pendulum 1.3 seconds. The hours are displayed in the form of 12 massive silver, five-petalled flowers with lapis lazuli and gold stamps. About 15 minutes before the hour, one flower begins to open until it is completely open on the hour. After the twelfth hour, all flowers close again. In the middle of the flower circle is an aster with 60 leaves as a minute indication. A bee flies over it, pollinating the hourly blossoms and indicating the current minute by their position above the respective aster flower petal.

Once per hour a different tone sequence sounds for about 20 seconds. The bells of the musical work are pentatonic. During the music play, the glass animal figures move among the flowers.