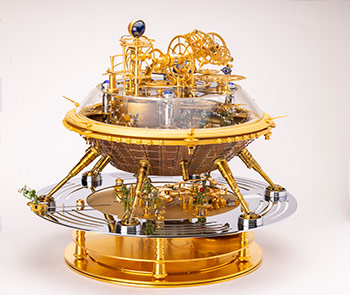 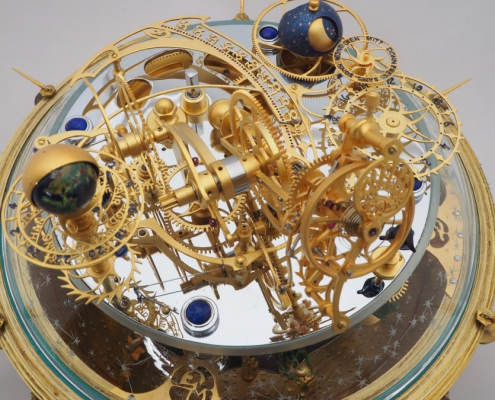 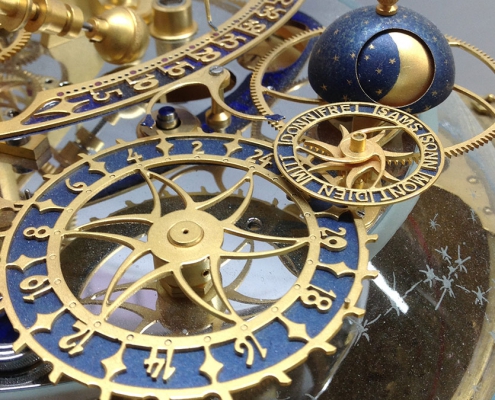 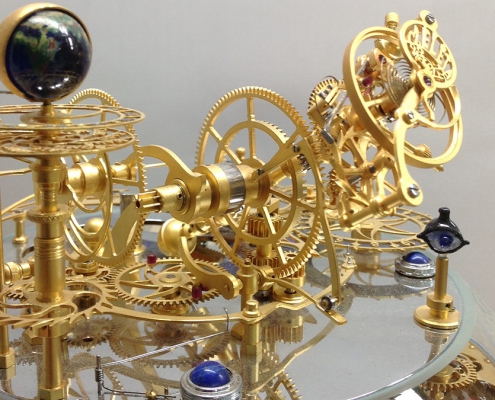 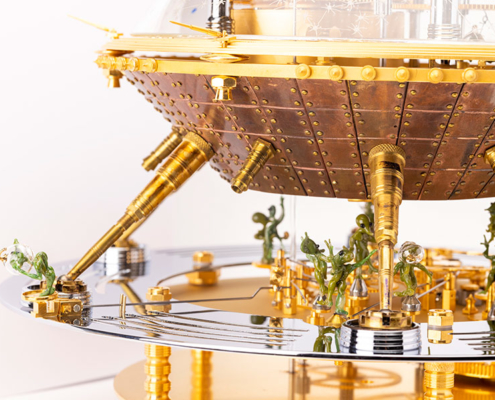 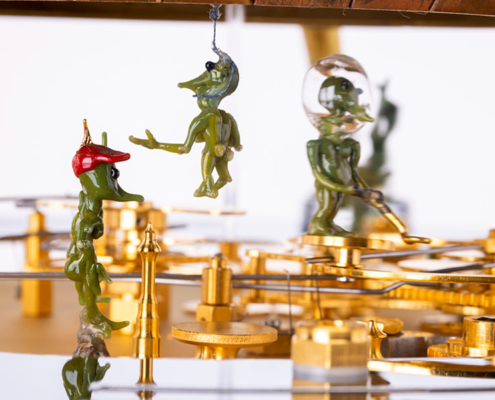 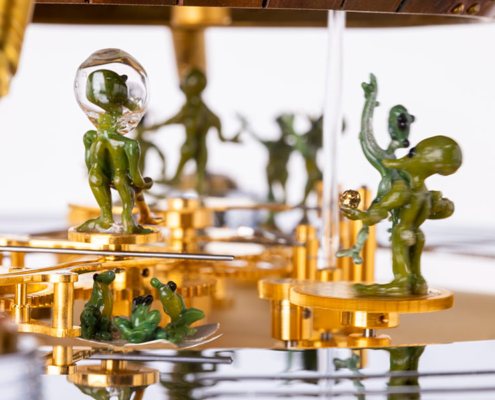 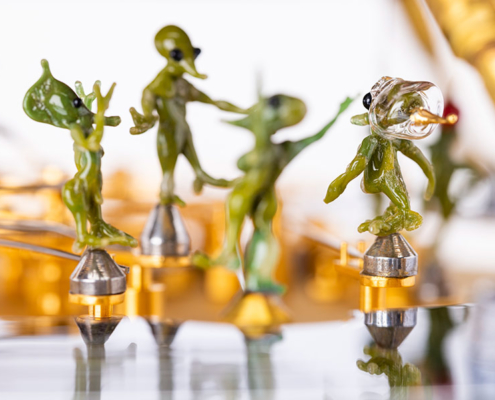 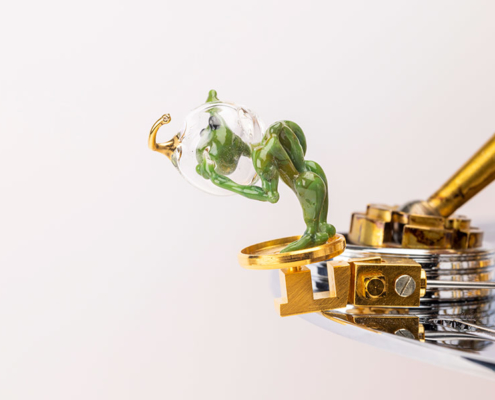 Witnesses described the object as a clock-like mechanism with recognisable complications. Is there a tourbillon among them? Experts disagree. The construction in question keeps itself in motion by overbalancing. It is not known in this form.

The origin of the living creatures inside the object remains obscure. Researchers report an organised community of small green people. They use a three-eyed periscope and a glass ring with constellations for orientation. After the successful landing, a scouting party emerged from the object. Two of its members seemed to be extraordinarily happy about the discovery of a water source, while their colleague examined the ground with a detector. A fourth member behaved in a particularly conspicuous manner: carrying his own head in his hands, he seemed to think the planet he landed on was a disc, and tried to peer over its edge.

The sensational landing has given rise to wild theories and speculations. Esoteric circles refer to a Mayan prediction that a god named Bolon Yokte would return to Earth from space on 21 December 2012. The conversion of the Mayan calendar to the Gregorian calendar leaves a gap of 20 years. Therefore an exact landing date is difficult to determine.

The retrograde minute hand is moved by a snail. The hour dial jumps forward by 1/24 every hour, while a pin on the hour dial switches the weekday disc by 1/7 every day.
The weekday drive moves the lunar phase gear once a day. The gear carries the lunar hemisphere. The hemisphere displays the moon’s position three-dimensionally.
A hemispherical cover represents the night on the glass globe. The globe moves by jumping 1/24 per hour. The current time of 12 world cities can be read on the numbered discs underneath.
The Gravitytourbillon, which is new in this form, is an intermediate winding mechanism that is lifted by the entire drive mechanism and then falls freely downwards. Constant forces operate in the process.

The landing place consists of an automaton with its own spring winding mechanism. Its surface is gold-plated and chrome-plated. The glass figures were mouth-blown by Guido Stadelmann, Zurich.