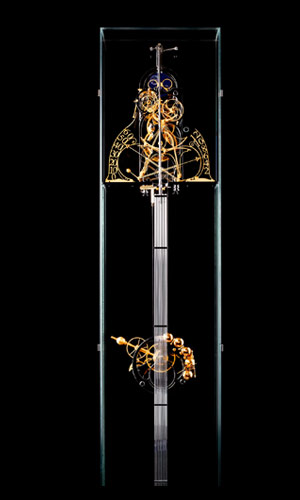 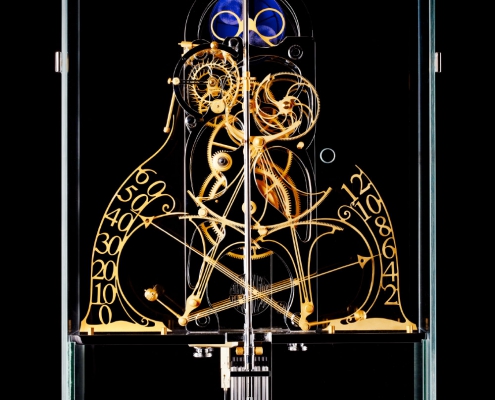 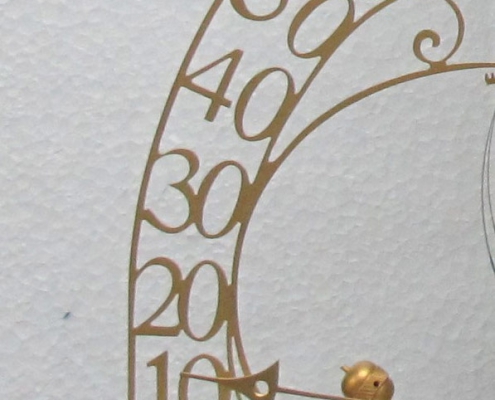 One such clock maker is the self-taught Miki Eleta, who debuted his latest masterpiece, the Hippocampus, at MB&F‘s M.A.D. Gallery in Geneva, Switzerland.

To call the Hippocampus a mere clock, however, is to miss the forest for the trees. Yes, it tells time — quite accurately, thanks to Miki’s eponymous escapement — but its raison d’être is to inspire the soul through both sight and sound.

Standing over nine feet tall, the Hippocampus could almost be considered a modern-day relative of the grandfather clock, but this one hides a secret. Not content to merely chime the hours, the Hippocampus features a novel movement that plays a unique melody each time it chimes. In fact, it won’t repeat itself for over a hundred years. Perhaps this a play on its namesake section of the brain, which is vital in memory; this chime never forgets a tune, but only so it won’t ever duplicate itself.