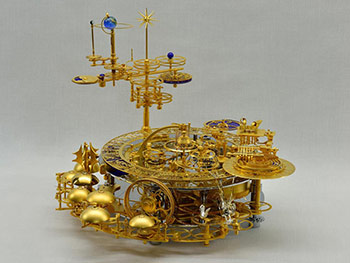 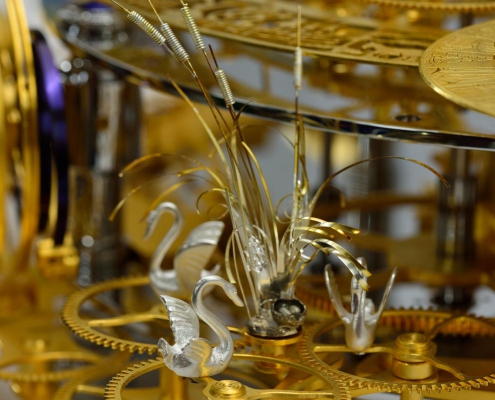 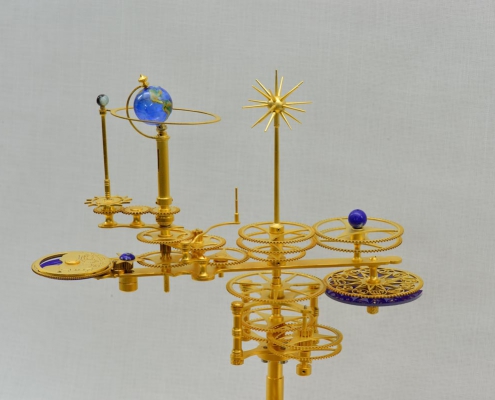 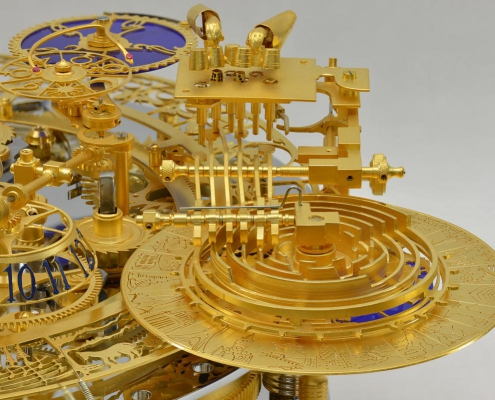 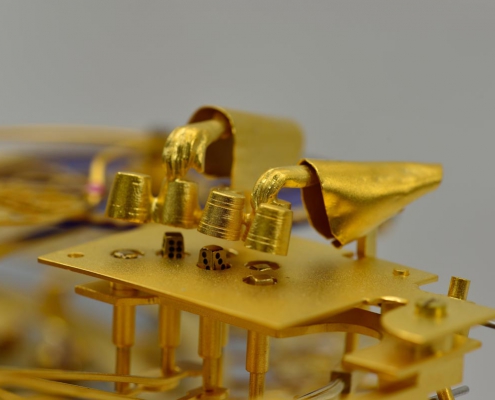 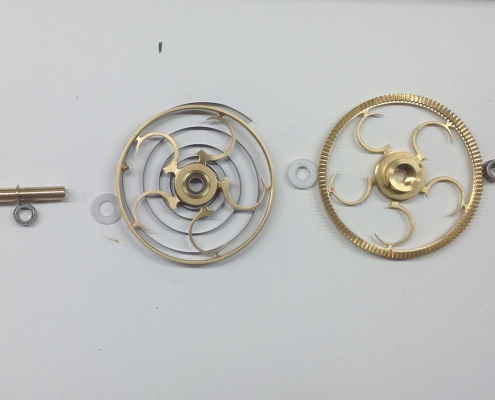 World time (dice player)
Every hour the dice player holds his cup up and the dice appear. The sum of visible points on the dice indicates the actual hour in the chosen time zone. On the circular world time display, a landmark is engraved for each time zone. In the clockwise direction they refer to: Višegrad (Bosnia and Herzegovina), London, Reykjavik, Madeira, Nuuk, Rio de Janeiro, Caracas, New York, Chicago, Denver, Los Angeles, Anchorage, Hawaii, Samoa, Auckland, Noumea, Sydney, Tokio, Hong Kong, Bangkok, New Delhi, Calcutta, Teheran, Moscow.
Starting from the symbol of the chosen time zone, the local time in the other zones can be read by adding hours. The center of the world time display shows a projection of the earth.

Musical mechanism
The clock plays music for a few seconds every the full hour. Each tone sequence is different and will not be repeated for a few centuries. The bronze bells are tuned in a pentatonic scale. Most of the time they produce a harmonious sound. While the music is played, three silver swans move in a circle. The musical mechanism and the swans are driven by a remontoir.

Orrery
The orrery shows the actual constellation of the sun, the moon an the earth. It turns around its axis once a year. In addition the moon phase, the constellations and the tides are indicated.

The signature of the clock is located on the moon phase plate: Miki Eleta, No. 34, 2017. The picture on the plate shows the Üetliberg (a mountain near the city of Zurich).